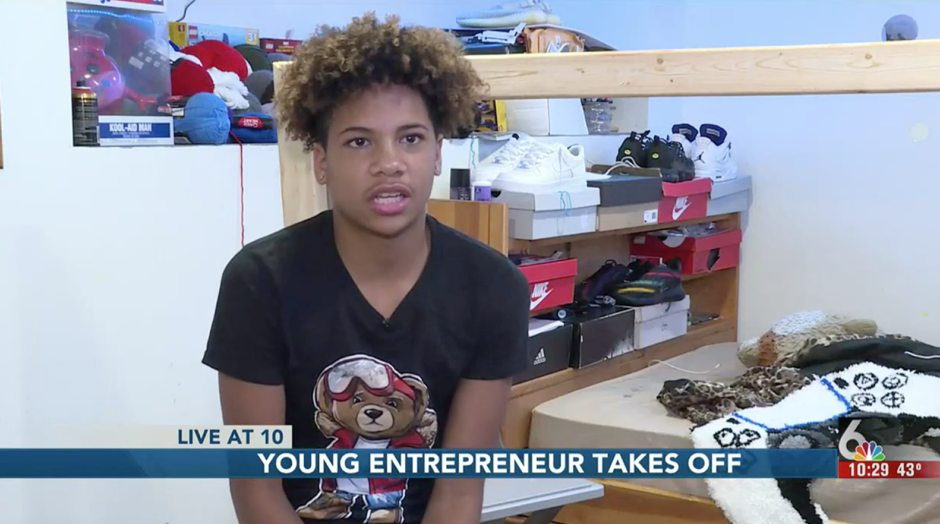 A Central High student is becoming an entrepreneur thanks to a local non-profit and TikTok.

Travis Hines is also getting some help from his parents, but they’re ready for him to move his business out of the house.

“Yeah, I make rugs, custom rugs,” Travis Hines said. “I was just scrolling on TikTok and I seen somebody making a rug and I was like, I want to do that.”

Bags, bundles, and strands of yarn cover his bedroom floor. A mess like this would be a mother’s worst nightmare, but Breann Hines saw this coming.

“It kind of started when he was about five, he was like, ‘I want to make some money,’” Breann said. “At school, he was making those little fortune tellers, and he was making them for 50 cents and got in trouble so we’re like, ‘can’t do that at school.’”

Through Breann’s non-profit Young Entrepreneurs of the Future, Travis has learned how to manage a business and create hand made rugs, which he calls Tugs.

“I made a Kansas City Chiefs logo. I made a big Jordan logo and an Among Us man, all different types of stuff.”

The orders aren’t only piling up in his room but across the house. Travis has shipped orders to cities like Philadelphia. Local orders will likely be delivered.

With the help of his electric tufting gun, Travis has made about 20 rugs so far.

“Probably like five a day, but it’s kind of hard to do a lot in a day because it takes a lot of time,” Travis said.

Since his success, he’s pushing the non-profit to buy some office space. Not for himself, but for the other young creatives apart of his mom’s non-profit who need their own space to work.

“The reason I’m here is because of Young Entrepreneurs. They helped me a lot. They help other kids too.”

Travis has a whole lot of work ahead of him. He says he has about a month-worth of orders to catch up on.