Looking for resources for your virtual classroom? Click here! 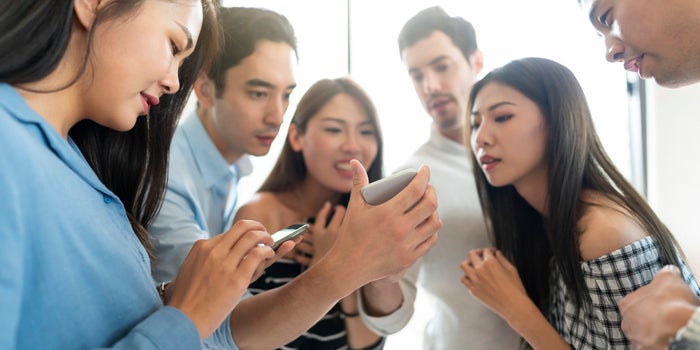 How Generation Z Is Altering the Face of Entrepreneurship for Good

For the longest time, my generation, the Millenials, were touted as the Entrepreneurial generation. For the most part, we have lived up to the billing. However, as the world evolves, the art of business evolves with it, and it turns out that Generation Z has more to do with this evolution than many care to admit.

Generation Z entrepreneurs are springing forth at such a startling rate that a recent Gallup Student Poll found that 40 percent of students surveyed from grades five to 12 stated they wanted to run their own business. Then, 24 percent said they have already started. At this rate, it isn’t at all challenging to see Generation Z take over as the most Entrepreneurial Generation.

Generation Z is drawn to starting businesses at an early age, born into the entrepreneurial message’s boom. Many of their parents (Millenials) are also Entrepreneurs, and this has encouraged a shocking amount of kid entrepreneurs to take flight.

Seeing kid CEOs is becoming somewhat normal. Examples abound like Moziah Bridges, who started Moziah’s Bows at age nine years old and quickly grew his business to earning $150,000/year. Moziah has employed several employees, gone on Shark Tank, and has been featured in several popular magazines. There are many more examples than this article can cover.

Traditionally, the bulk of Millennial entrepreneurs started in college, after college, or a few in high school, but the trend is skewing more towards a younger age-group. The advantages of starting this early are pretty obvious; investors and sponsors are more willing to sponsor young people’s businesses than older ones.

The story of Trey Brown, the 14-year-old founder of  SPERGO, a boutique fashion collection receiving a $25K from Sean Diddy Combs, made the rounds recently, and that’s just one of the many. Generation Z isn’t just starting early; it is reaping the full benefits of starting early.

As far as we know, mentorship has been one and will remain one of the significant pillars of successful entrepreneurship. This fact has not changed with Generation Z, but they are certainly not getting their mentorship in the regular ways we got ours.

Communities within social media have become the go-to for Generation Z entrepreneurs to get their counsel and mentorship. Mutual interest communities have always existed, but  Generation Z has taken it a notch up.

A large portion of generation Z entrepreneurs is self-taught utilizing Google, YouTube, and other platforms. Still, a significant chunk relies on Mutual-interest communities to sample ideas, get guidance, and make business decisions.

‘Streetwear Startup’ is one of those communities that has gained notoriety for the closeness of its community and how many successful streetwear startups it has helped push out, a simple Reddit page, with rave reviews.

Jaffry Jan Mallari is the young CEO of RSG RESURGENCE and one of such successstories from Streetwear Startup. In his own words, “Reddit is one of the main sources of Resurgence’s success, the community helped skyrocket my visibility attracting fans such as Dustin Wang, who has gone on to become a repeat customer.”

Jaffry Jan went from Initial Highschool failure to business failure, then massive success. He claims that, like many others in his generation, leveraging community mentorship is one reason he has bounced back and is well on his way to building a six-figure business. The name, Resurgence, has a poetic ring to it, all things considered.

The benefits of these communities to this generation are that they can swap ideas and seek more experienced members’ opinions. They have elevated collaboration over competition, a key that seems to be propelling them towards immense success beyond Millennials.

If it isn’t different, it isn’t cool; this seems to be the mantra for generation Z entrepreneurs. Everyone seems to be trying to reinvent the wheel or to disrupt whatever industry they are entering significantly.

They have taken the idea of disruption way deeper than we anticipated. Caroline and Isabel Bercaw, co-founders of Da Bomb bath, took the bath bomb industry by surprise when they launched their strange bath bomb product that included a small toy within. They were just 11 and 12 years old at the time (2012), and they have gone on to grow this business to a massive self-funded business generating over $20 million annually.

Disruption is in this generation’s DNA, and we can expect a greater deluge of creative ideas and businesses in this decade.

Identity politics has been condemned repeatedly in some quarters as being evil and divisive, but Generation Z has found a way to apply the concept to business to significant effect.

Identity entrepreneurship refers to branding your business and business idea around a theme like race, religion, or location. This has always existed but has been brought to the fore by this new generation.

New Generation Z businesses are continuing to brand themselves as Young Black Entrepreneurs (YBE’s) or Young Latino Entrepreneurs. Due to the powerful impact of social media and the internet and their adept abilities at navigating it, Generation Z has managed to gain more powerful results from this Identity Entrepreneurship than generations before.

The effect is clear: it causes an influx of traffic from people who identify with the same affiliations. If done well, it’s quite genius!

In the last 5- 10 years, while we have seen many businesses started by members of Generation Z, we have not seen many new platforms created. It does seem to me that these young entrepreneurs are comfortable utilizing the platforms created by Millenials and earlier generations in the early internet age and building massive and expansive businesses.

Platforms Facebook, Youtube, Google, Amazon, Instagram, and the likes have taken over the internet. They are not getting any serious competition from Generation Z’ers for apparent reasons. Still, these brilliant entrepreneurs have built some staggering businesses wholly on these platforms, and some have even built such expansive businesses that link throughout a number of these platforms.

On the other hand is Cheri Wang, CEO of Coshipper, who has successfully built one of the most expansive and successful Amazon FBA businesses in the United States that offer comprehensive services across air, land, and sea.  Wang believes that these platforms are the future of entrepreneurship though he admits that it doesn’t make entrepreneurship easier nowadays as there are still massive obstacles.

This generation’s ability to build something massive on these platforms is a deviation from many Millenial Entrepreneurs who still focus rather unproductively on trying to develop new platforms.

This fantastic generation is doing a great deal of good and competing in some complicated industries, and we would love to see even more. It’s always refreshing to watch evolution happen, and all we can do is follow the trends when necessary.